This page is a collection of links to race recaps of events I’ve entered since the beginning of 2011, when I first handed my credit card details in exchange for an official running bib.

My first ever running event. It’s been a few months now but I still remember the excitement of getting on the ferry to Waiheke island that morning with a bunch of like-minded runners, having to put a running chip in my shoes for the first time, going to the bathroom a few times before the run started, running under a mighty warm sun and finding out it wasn’t as bad as I thought… and heading straight to the beach afterwards! No wonder I got hooked!

The beautiful scenery and good weather made this a fairly pleasant run. Also, we got free massages at the end – bonus!

Another very early morning. Didn’t really fancy running on soft sand in the beginning and at the end for what must have been like 4km in total (but felt like a lot more). The rest of the run was alright and we were lucky it only rained once we had finished.

Two loops of a 5km circuit isn’t exactly the ideal run. I like distracting myself with new things to look at so the second round of 5km was a bit “been there, done that” and I was just dragging myself along waiting for the finish line to appear. The best part: the hobsonville market was right near the finish line and we treated ourselves to some delicious food afterwards! 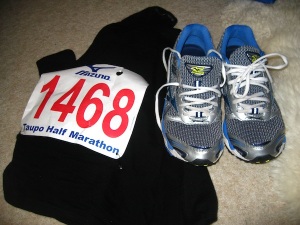 I feel like I should write more about this since it was kind of a big deal for me, but it’s all in the post linked above. 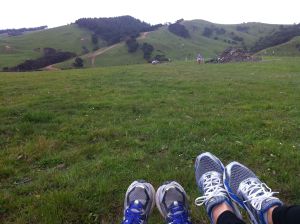 Yeah, trail running. Nothing like running on the road. Not for me. Much respect to those who do it but, as far as I’m concerned, the bush is for hiking.

Adidas Quarter-Marathon in Auckland – 10.55km – It didn’t go brilliantly but the result wasn’t the catastrophe that it could have been. It’s all here. 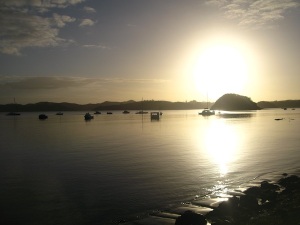 Just one great thing in the middle of a weekend of good things. Here’s the recap.

Here are a couple of photos and a short recap.

I started 2012 with a bunch of running goals in mind. Some of them had to be replaced by others but, all in all, there’s some pretty awesome stuff happening this year.

As far as official running events or big milestones go, here’s what 2012 is looking like so far:

Cathay Pacific Auckland half marathon – easiest half marathon to that day, for some reason. Amazing day. You can read more about it here.

Whenuapai Half Marathon – a sad day and a half marathon personal best. Such is life.

First ever off road half marathon – not part of any official event, but still a pretty big milestone for me. 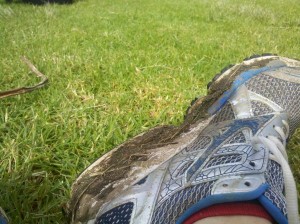 Most epic run to date. No words. Well, some words. All here.

Wellington Half Marathon, during which I learned 10 things.

Mud. Lots and lots of mud. 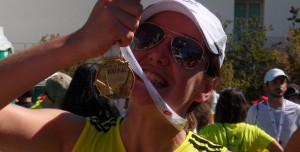 Rock n Roll Half Marathon – Lisbon, which was simultaneously my best and worst half marathon ever. 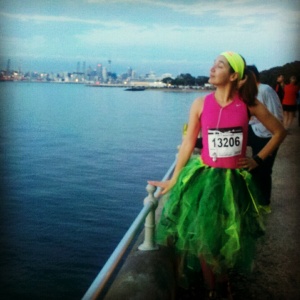 The last minute decision to run the ADRA half marathon turned out to be a really wise one.

The Great NZ Santa Fun Run is quickly becoming a running tradition. This one was in the rain but it wasn’t any less fun. 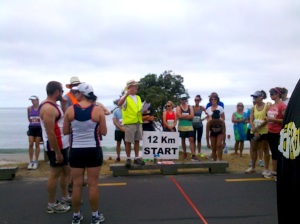 I got to go back to the location of my very first ever official running event. It was just as pretty as I remembered it. Read about it here. 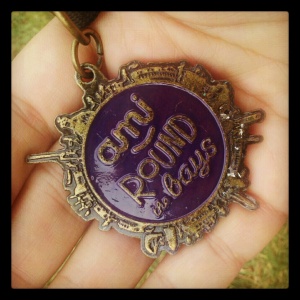 Another trip to Wellington for a half marathon, this time the ISC Lenco Half Marathon. 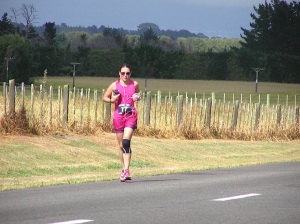 Went down to New Plymouth to the Mountain to Surf Marathon and became a marathoner. 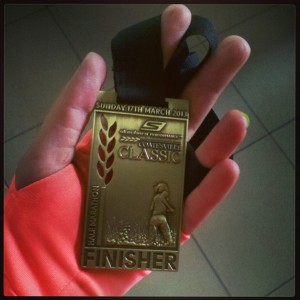 I wasn’t supposed to but I accidentally ran the Coatesville Classic half marathon. 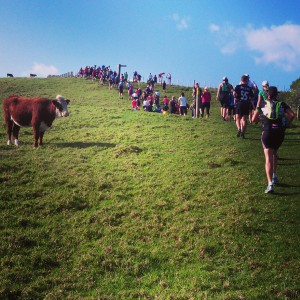 First XTERRA Trail Run of the winter series done and dusted in Shakespear Regional Park. Still as amazing as I’d remembered it from last year.

Celebrated 5 years of living in New Zealand (and becoming a little bit badass) by running the Huntly Half Marathon.

It turns out all the mud in the world is stored in Riverhead Forest. Good to know.

Not much of a recap but proof that I did get off my ass and run the XTERRA in Waiuku.

Went back to Taupo to run what was my first ever half marathon. Nearly got a PB. Nearly. 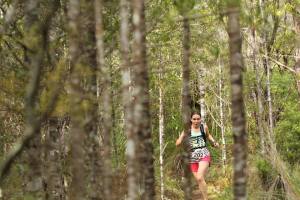 XTERRA this year included Waharau and this might be my new favourite trail in Auckland. 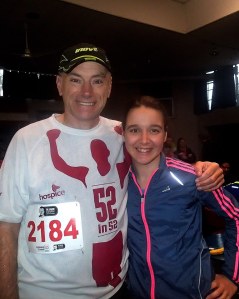 The Arthur’s Half was a tough one – but it also showed me what running is all about. 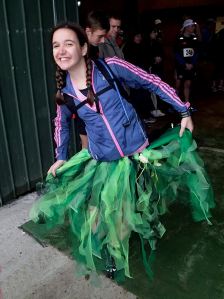 I bitch about trails a lot because they’re hard but they’re also truly my happy place. The Big O this year was proof of that.

The Waitakere Half has one of the coolest courses in the Auckland region, as far as road runs go. And you get to run around the track! 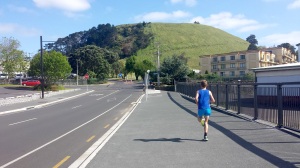 I probably shouldn’t have run the Panmure King of the Mountain Half. But I did and I loved it.