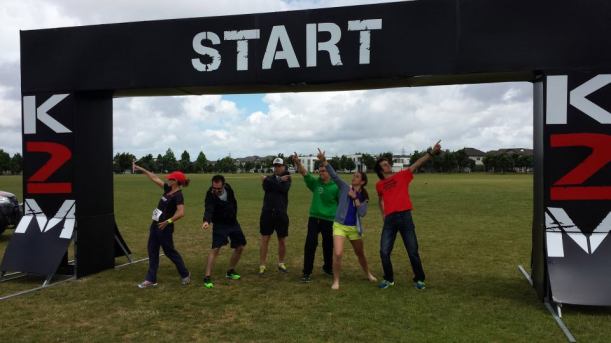 Okay, help me out. Pretend there’s a paragraph here where I give you a really good reason for not having written anything in over a month. Go on, don’t make this awkward. Will you believe me if I tell you it’s because I’ve been busy following my super strict ultramarathon training plan for Tarawera? Oh dear, I nearly typed that whole sentence with a straight face. Let’s not even try. Let’s just get over it, like some of you do with hills (I don’t, I just stand there at the bottom and cry. In fact, it’s not inaccurate to say that’s a big part of what I’ve been doing in the last month).

But, actually, there’s been other stuff. In between hours of sitting on my ass eating ice cream straight from the tub (or, as I like to call it, freelancing), December ended up being pretty kickass. I ran my 13th half marathon event for the year, entered a Santa Run, a Beer Mile (A BEER MILE, YOU GUYS! Running is a beautiful thing!), witnessed an amazing feat of endurance and finished my first ever trail marathon (FIST PUMP!). But these are all stories to bore you with another time. Before all that, right at the end of November, there was K2M. In the year I ran my first ever marathon (aren’t you proud of how long it’s been since I last mentioned it?), got my New Zealand residency, ate an unofficial world record number of cronuts, and did a bunch of other cool stuff I can’t remember now, K2M still manage to top it all.

It turns out that, in spite of my many, many, many talents (shut up), it is actually impossible for me to find the right words to adequately tell you how cool K2M was. This whole time, I’ve gone full 90s-teenager-in-the-same-room-as-Robbie-Williams and the only thing that comes out is “OMG SO AWESOME” which, really, doesn’t make for a very interesting blog post. But since I’ve just dipped into my savings to renew this domain for another year, I’m going to get over my little mental block and just tell you about how cool it was and add that, if you’re finalising your race calendar for this year, you need to get your shit together and sign up for K2M now. Yes, even you living outside New Zealand. Take a second mortgage and start looking at flights.

If you’d asked me a couple of months ago if running an overnight relay of over 300+km fitted within my definition of fun, I would have been all like “please stop emailing me while you’re drunk”. But now? Now I want to relay my way everywhere. Turns out I’d be doing fun all wrong before, without sleep deprivation or stinky vans or far too much running. Fun means cramming all your stuff into a van with five other runners for over 27h (less, if I’m not on your team, because I’m all about value for money and making sure I give other teams a fair chance) and running your way across part of the most beautiful country in the world, non-stop. 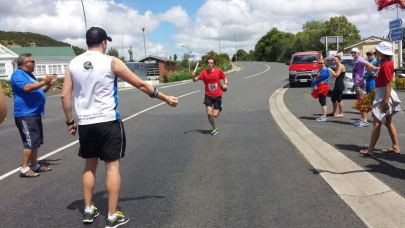 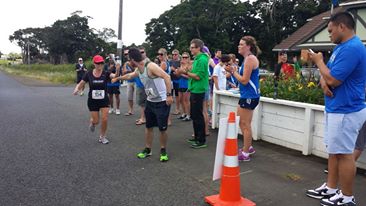 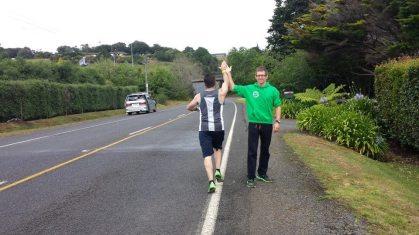 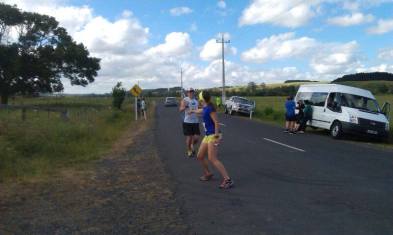 Let me take this opportunity to do some quality bragging, since I don’t get the chance to do that very often: our amazing team of six collectively ran over 300km in 27 hours and 25 minute, averaging around 50km each, from Papakura to Mount Maunganui (only one of the prettiest places in the world). It was the most fun I’d had since the last time I had a shitload of fun, whenever that was.

I know you’re probably wondering how the hell I managed to do that. I am too. It’s still one of life’s great mysteries, like Roswell, the pyramids or people who think Nicole Kidman is a talented actress. I guess we’ll figure all that out later. I just wanted to give you a bit of a general update now and will probably leave the details for other posts (because now that I’ve done one relay I’m obviously a relay expert).

I didn’t prepare much, as you might remember. The whole team just kind of came together because Kiwis are crazy and will agree to whatever you suggest to them, whether or not you’re holding a knife when you ask them. Other than getting people to agree (which took an average of 0.05 seconds per person x5), all I did was hire a van two days before the event and empty out the confectionery aisle at my local supermarket the evening before. That morning, we all got in the van, turned the radio on and “Eye of the Tiger” started playing. I’m not making this shit up. Then at midday we started some crazy, sleep-deprived 27 hours of running and driving and dancing in the middle of the road and hurting and laughing.

Here’s sort of how it worked: each of the six of us ran 3 legs of the relay, to individual totals of around 50km each. We decided to do it the way the website suggests it for teams of 6 (you can also do it as a team of 12, if you’re smart) and each ran 2 consecutive legs (which meant that we only passed our batton – which was actually a neat fluoro bracelet – at every second exchange point). Turns out, as the organiser told us in the middle of the night while we waited to use the toilets inside a church hall in the middle of nowhere, we could have run the legs in any order we wanted, as long as there was always one of us out there running. This would have been really handy information to have before the start of the relay, so we could have tricked Michael into running the whole thing (Michael was our super speedy machine who went on to run a Double Hillary the following weekend like it was no big deal). 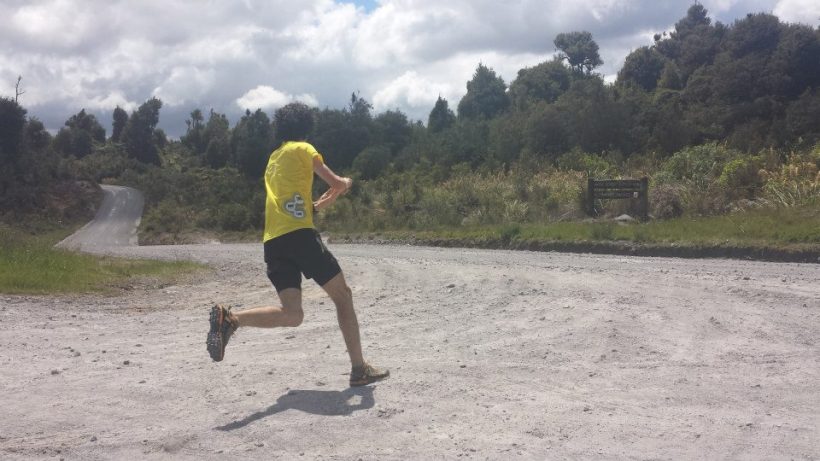 But I’m glad we didn’t (and I guess so is Michael). Even with the Great Big Mac Incident of 2013 and even with the giant tantrum I threw in the middle of a field when I’d been awake for 24h and was told I was going to have to climb the stupid hill in front of me, running all those kilometres and sharing each of those sweaty milestones with that group of people turned that weekend into one of the best weekends of my life.

There’s a bunch of stuff that happens when you’re awake for that long in a small van with a group of people who are as crazy and as sleep deprived as you. It all starts super civilised, with questions about how work is going and Steve in the back of the van making us Japanese mayo and smoked salmon wraps. So super fancy. But then you fast-forward to 4am and I’m in the McDonald’s carpark in Matamata stripping down to my knickers in front of everyone to get ready for my next leg. This after having an impromptu party around midnight dancing to the Cake cover of “I will survive” in the middle of the road wearing our reflective gear. So, you know, stuff escalates pretty quickly.

The thing about K2M (and I guess, relays in general), is that it might involve a hell of a lot of running (300 ENTIRE KILOMETRES, MY GOOD LORDE!), but it’s actually very little about running.

I’d told myself that K2M would be my goodbye to road running for a while, since road running had left me injured for the biggest part of the year and, not only am I a bit bitter about these stupid injuries, I’m also training (lolz) for a trail ultramarathon. I was tired of my stupid road runs on my own. They were monotonous and repetitive and K2M was going to be the perfect way to end that. I’d gone through ITB problems, shin splints and a bunch of other stuff that the doctor kept saying was due to running on roads. I was finally going to follow his advice and move solely to nicer softer surfaces. But then K2M happened and I’m all in love with the road again. Roads have vans with friends inside them and those friends check on you and hand you water every few kilometres and make jokes when you’re tired and make you feel like, even though you might be doing something the vast majority of the world would call stupid, you’re really not alone and maybe the vast majority of the world should really go sit in the corner and rethink its attitude.

In the end, rather than being a break in my Tarawera training, K2M did wonders for my ability to think I can actually run this damn ultra. Between Friday afternoon and Sunday morning, I ran a total of 76km (because I’m an idiot and ran a half marathon on Sunday after driving back from K2M, but that’s a therapy session we’re going to leave for another time). If this isn’t a confidence boost in ultra training, then I’m all out of ideas. 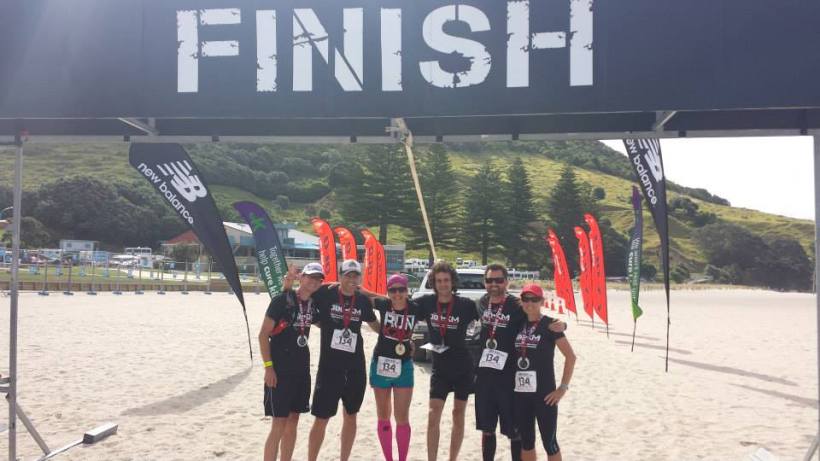 And even if it hadn’t been for that, K2M gave me a really good bunch of good friends. Steve, Michael, Rob, Carl and Kirsty were just “people I knew from running” before this relay. Now they’re the people who put up with my shit day and night inside a van and were still happy to drive alongside me during each of my legs of the race, stopping every couple of kilometres to check if I was okay. Does that fit all the canonisation criteria? Because it should. I don’t even want to ask them how long it took for the nightmares to go away but I hope we’re cool now. I mean, we better be because we’ve already decided we’re going to do it all over again next year (with a bit more training, a bigger van and absolutely zero Big Macs). SO COME WITH US!

What I’m trying to say in this really confusing way is that it’s really hard to write a proper recap of all the crazy stuff that happens when you get yourself into something this massive. Can we just go with “OMG SO AWESOME”? No? Too late? Anyway. Add K2M to your 2014 events calendar, make it part of your new years resolution. And it better be the 1% of the list that you actually manage to achieve this year (I’m kidding. I trust you guys and I know 2014 will be epic. I don’t like to brag but I had TWO naps on the first day of the year alone so now it’s just a matter of pacing myself so I don’t get all my resolutions done within the first month). 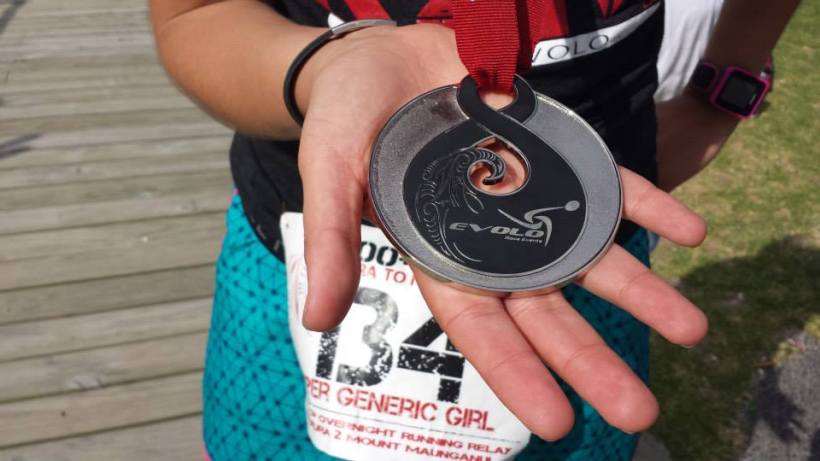 So yay for relays, for running friends, for rediscovering the love for road running, for breaking mental barriers, for thinking there’s no way you can do something (like, hmm, running 76km in 48h) but still going out and giving it a go anyway, for getting out of your comfort zone and discovering that that’s where all the fun is and that you’re actually a hell of a lot stronger than you think you are.