It might seem like I’ve got something important to tell you but, contrary to every single other time you hear from me, this time I don’t. However, it’s been a few days since I’ve written here and I know you’re bedridden with worry about the hell is going on with me. Right? RIGHT?

Well, wipe away those tears, I’m alright. Never short of things to talk about, what I’m lacking is the time to come here and write thousands and thousands of words about what’s been on my mind (Nutella crepes and Gilmore Girls marathons, for example). But let’s leave those hot topics for later and talk about other stuff. Running stuff, mostly, much to everyone’s surprise. I’m way behind on posting the result of last week’s giveaway so needed an excuse to wave a metaphorical dust cloth around this place. In the interest of time efficiency (and an obvious attempt at disguising the fact that none of these things relate to each other), I’m gonna go ahead and bullet point this bad boy so we can all go back to our lives.

Someone needs to take away my credit card privileges. 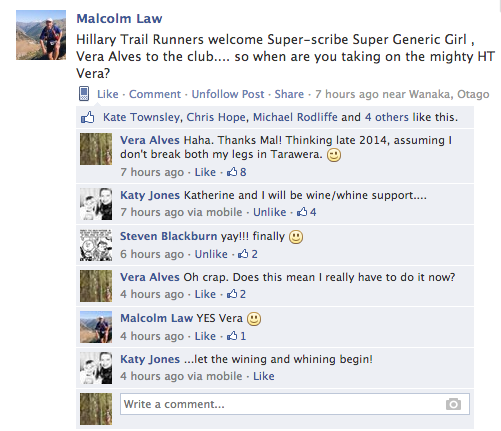 And now I’ve run out of useless stuff to tell you so I’m going to have a cookie.