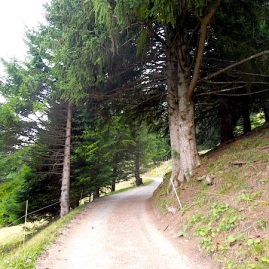 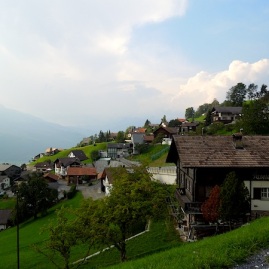 Liechtenstein is one of those countries I had always wanted to visit. I’m not sure why. Maybe because it’s a tiny landlocked country I never thought I’d have a real reason to visit so it seemed kind of an unattainable goal (when your list of countries to visit in your lifetime includes all the countries in the world, you kind of have to prioritize). It was one of the pitstops of this year’s European road trip and it was definitely one of the highlights of the trip. It’s tiny. Really tiny. No, tinier than that. 160 sq kilometers in total (62 sq miles). And it’s cute like all tiny things are. You know, the same way mini pies are yummier than bigger pies and puppies are cuter than big dogs.

Some facts about little Liechtenstein:

~ It is the only country to lie entirely within the Alps, stuck in between Austria and Switzerland.

~ It is not part of the European Union so even if, like me, you have a European passport, you’re still exiting the Union when you enter Liechtenstein. They’re nice and don’t make you show them your passport. If you want, just for the hell of it, you can pay them a couple of Euros to go to the Tourism Board and get a stamp on your passport. Being the cheesy tourist I am, I had to do it.

~ It is the sixth smallest independent nation in the world

~ It has more registered companies than citizens. Tax haven, anyone?

~ It is one of the few countries in the world that has no army. In fact, the Liechtenstein National Police, the only force responsible for keeping order in the country, consists of only 125 employees (87 field officers and 38 civilian staff). Back in 2007, during a military exercise, Switzerland accidentally invaded Liechtenstein. The Swiss soldiers got lost at night and went 1.5k into Liechtenstein. Switzerland later apologised for the mistake.

Click on the photos if you want to see them bigger!