Here’s the recipe for a really good afternoon: bake a cake, get your pretty new vintage china out and pour yourself a cup of your current tea obsession (at the moment, lime and orange). 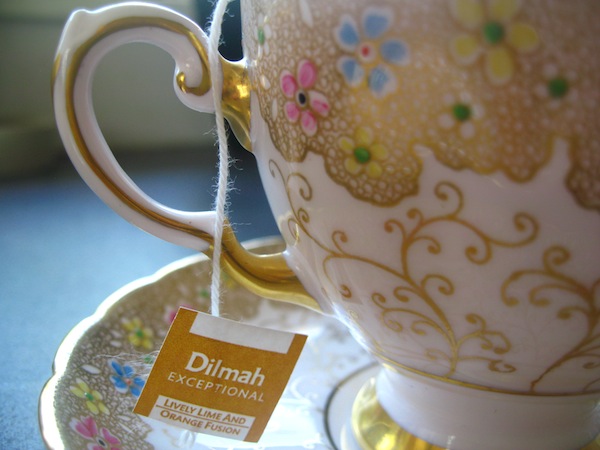 For this marble cake, I sort of followed the recipe from the Edmonds cookbook, but made a few adjustments. For example, the recipe tells you to divide the cake batter into three equal parts and add red food colouring to one of the parts to make it pink. I don’t think I’d ever heard of marble cake with three colours (am I just totally out of touch with the wonderful world of marble cakes?) so I skipped that step. I also added vanilla essence to the batter, to make the plain part of the cake a little less plain, and replaced the cocoa with drinking chocolate.

Pre-heat the oven to 190 degrees celsius. Beat the eggs until thick and gradually add the sugar in until the mixture gets thick and white. Fold flour into the mixture and then fold the butter and boiling water into it. Divide the batter into two equal parts. In one of them, stir in the cocoa/drinking chocolate. Leave the other plain. Grease a loaf tin and spoon the two mixtures into it diagonally. Bake for 20 to 25 minutes. 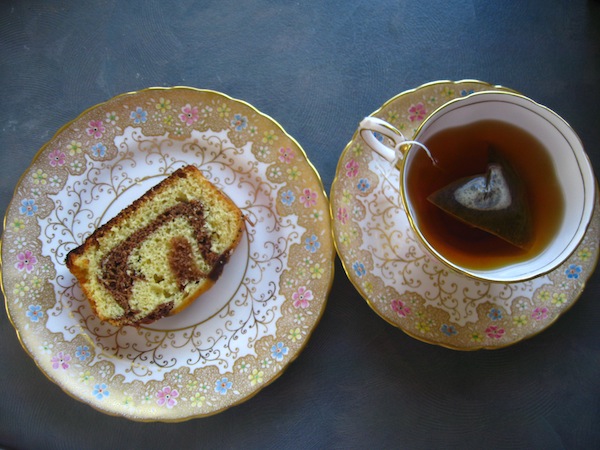