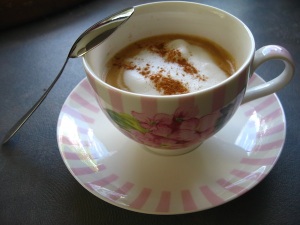 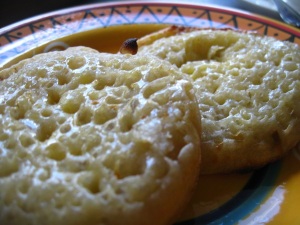 I woke up later than I wanted to and with a stupid headache that felt like a hangover. Except I only had one glass of wine on friday, after pretty much crashing a wine tasting at work (don’t judge, you would have done the same) so it couldn’t have been a hangover. Anyway, I tried to nurse the headache with coffee and crumpets, pretty much one of the best breakfast combos ever. It only sort of worked but I felt like I needed to go for a run. The weather was nice outside, for a change, and the next half marathon is only 34 days away (!). 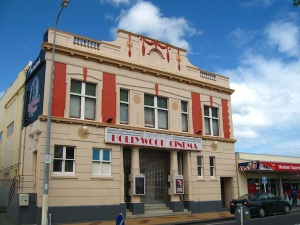 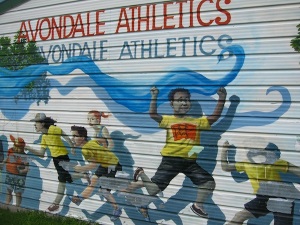 Apple has updated the software for the ipod nano and now I get to have the Nike+ integration without having to add any extra gadgets to my running shoes. With that new software, I get to tell the little app how far I want to run (or for how long) and it then tells me how I’m doing. I’ve been using it for a week now and I’m still not sure whether it is amazing or stupidly unhelpful but it’s definitely one of those. On one hand, I like being able to track how I’m doing during the run but, on the other hand, the voice always tells me how far I’ve gone just at that very moment when I’m about to get my mind off the running (which is when it supposedly gets easier).

I told it that I was going to run 10km and set off on my run. I decided to take my camera along because the weather was nice and, since I wasn’t feeling 100%, I wanted an excuse to take it slow. By the time the app lady interrupted Feist to tell me I’d reached 3km, I was already thirsty and feeling my body overheating. It was all downhill from there and, unfortunately, I’m not talking about the terrain.

I kept thinking to myself “what an idiot, you remember to bring your camera but not your water bottle. you retard!”. I had to alternate between running and walking a couple of times which really sucked because I’ve been trying to get better times when I run. At the 8km mark, I decided it was time to stop. I’m meeting my running partner tomorrow for what is supposed to be our “long run” for the weekend so used that as an excuse to drag my sorry self back home.

Lessons learnt today: always take your water bottle/ hydration pack, especially if the weather’s warmer. Don’t tell Nike+ you’re going to do something and then give up. Might as well set the bar a bit lower instead of having to see on your profile that you chose the 10k workout but only logged 8km. 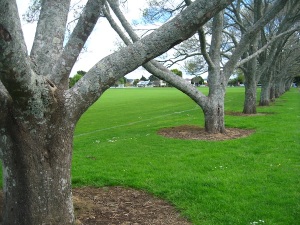 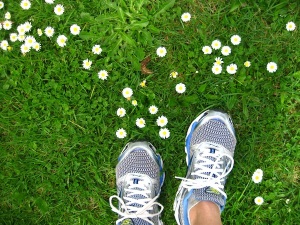 Well, at least there were daisies.